We had the opportunity to develop a music strategy for a unique social campaign with Fullscreen Media. The challenge was to co-develop creative pieces with the goal of driving higher social engagement rates for a brand racing to adapt to changing sales paradigms. We were excited that this included the opportunity to combine two household names: Mattel and Jurassic World.

As one of the world’s most legendary toy brands, Mattel has had no problem getting their product in the hands of kids. But the company has faced mounting sales pressure over recent years as GenZ spends more of their time in the digital domain, and less watching traditional TV and visiting toy stores.

Sadly, (for most every 90’s kid), Toys ‘R Us filed for bankruptcy this year, which, as a major point of sale for the brand, presented a massive hurdle for the business. In 2018 alone, Mattel lost 11% in revenue, 9% on its stock price, and laid off 2,200 employees. The need to foster a new, direct line to kids is an obvious one, so choosing to work with a company like Fullscreen to get their toys seen makes complete sense.

Fullscreen are masters of social media.

They have perfected the art of reaching youth through the medium they best understand, and we were honored that they would trust us to co-create a music strategy to bring more people into Mattel’s universe. 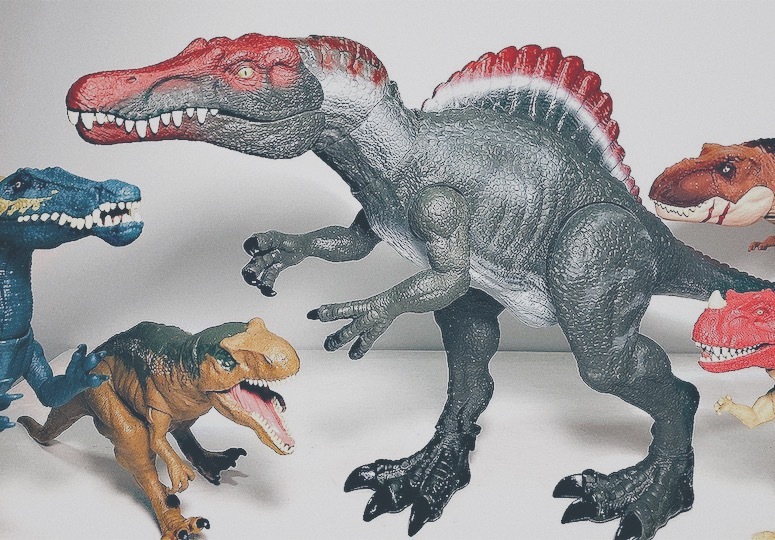 Mattel partnered with Universal on a line of toys for the Jurassic World franchise. Being one of Fullscreen’s many videos within the larger toy campaign, this project was an experiment to test the waters with an entirely music driven strategy.

These were all questions that needed to be solved with one song about dinosaur toys! The catch? It all had to fit perfectly within the Jurassic World franchise, and stay factually and tonally on-brand.

There was to be no re-interpretation or expansion on characters or story.

We would produce tracks which pulled together stylistic elements from popular music in 2018, frame them within the Jurassic World storyline, and present them in lyric videos with the toys.

In order to make this happen with so many voices involved in the creative process, we would need to unite the disparate musical tastes and different interpretations of what’s “popular” between many individuals at the agency, brand, and licensor levels. We felt we needed to establish a shared lexicon of musical terms first to expedite the process of trading and critiquing music. As a first step, we created and delivered a narrow playlist which stretched across a vast stylistic spectrum, calling out the elements that each shared, and explaining how they differed.

This ended up being extremely helpful, as the brand was able to quickly veto the music they felt was wrong, and explain to us in laymen’s terms why it wasn’t feeling right. As a second step, we submitted another playlist which substantially narrowed down the stylistic range and allowed us to start calling out specific production elements and why they catered to a certain demographic.

After landing on an agreed aesthetic, we started developing the lyrics. Following Universal’s detailed brand guide, Mattel’s toy line, and Fullscreen’s creative direction, we were able to hone in on a narrative flow that focused on the coolest dinosaurs from the films, while anchoring the chorus hook on an accessible theme from the storyline. After arriving at final, fact checked lyrics, we began production.

Since the pre-production process was methodical and research oriented, the production phase was quick and painless.

We produced the full song in just over 12 hours.

With the exception of rare standouts, Mattel’s Action figure channel was receiving an average of < 50,000 plays per video, with Likes and Comments in the 10 – 100s.

The response to the songs has been overwhelmingly positive. Here are our favorites: 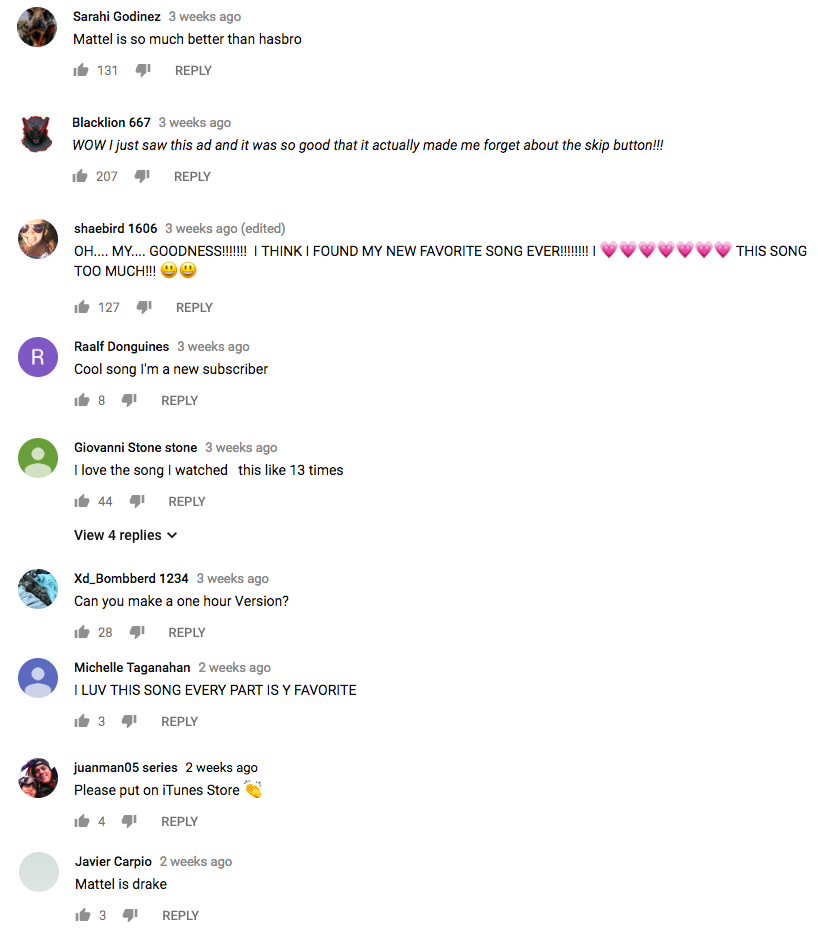 Together with Fullscreen we were able to raise click-through rates and impressions on Mattel’s social channels, re-connect old customers, excite new customers, and ultimately contribute to helping them take a step closer to raising overall engagement and conversions for their brand.

We’re very happy with the results and excited to do more projects like it. It again demonstrated music’s unwavering ability to elicit bond-forming emotional responses, and also, it was just fun.